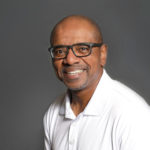 As Chief Science Officer, Cedric X. Bryant, Ph.D., FACSM, represents ACE as a national and international lecturer, writer and expert source.  He is responsible for ensuring the scientific accuracy of ACE-commissioned research studies, publications and all other educational materials that ACE creates. Dr. Bryant has written nearly 300 articles or columns in fitness trade magazines, as well sports medicine and exercise science journals, and authored, co-authored or edited more than 35 books.  Prior to joining ACE in 2001, Dr. Bryant served as the head of research and development for the StairMaster Corporation.

Dr. Bryant has held academic appointments on the exercise science faculties at several leading institutions including the United States Military Academy at West Point, Pennsylvania State University and Arizona State University.  He earned both his doctorate in physiology and master’s degree in exercise science from Pennsylvania State University. In October of 2006, Dr. Bryant received the Penn State Alumni Fellow Award (the highest honor given by the Penn State Alumni Association) which is given to a select group of alumni who are considered leaders in their professional fields.

As a community leader, Bryant shares his knowledge of exercise science and athletics as a youth sports coach in baseball, basketball and soccer.  He and his wife, Ginger, reside in Redmond, WA where they raised their four (very physically active) sons.